In her first eventing in 2014, next weekend, she will participate with five horses:

Thanks to Cavalor and all my sponsors for their support in 2014 ! 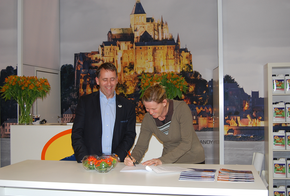 It's the seventh Belgian title for Karin in this championship, which was for the first time organised at 3 star level.

Karin and Fletcha finished 2nd in the CIC3*. They also became 2nd in the nations cup with the Belgian team, between Great Britain (1st) and Germany (3th).

Karin won with Lady Brown and finished 2nd with Lamicell Charizard in the CIC1*.

Link to all results 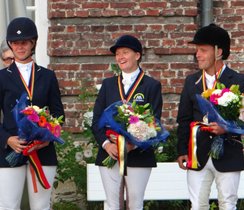 Karin was selected with Fletcha van 't Verahof for the European Championship in Malmö. Due to the young age of Fletcha (eight years), Karin has decided not to participate. Fletcha's next competition will be the Belgian Championship in Waregem (CIC3*), end of september 2013.